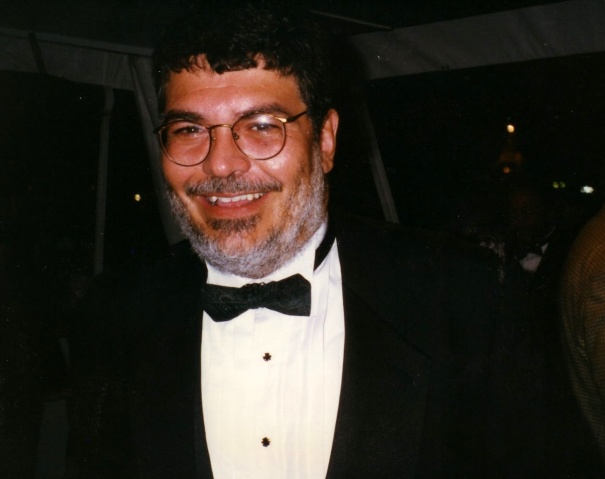 On June 21st, Ed Iacobucci passed away after a year and a half fight against cancer.  It was not widely know that he was so sick.  Disbelief was the first reaction.  Not much later, it turned into shock.

Ed was one of those few people that can truly and deeply inspire others.  He took his dream of doing a multiuser OS/2 and started a company once it was obvious that IBM would not do it.  With the start-up that he founded, he found the best team he could build.  Many from IBM followed him to Citrix.  His vision was contagious and his dream became their dream.  Even though Citrix struggled in the early years, the dream and determination lived on and eventually the right products for the right markets were produced.

1995 was the turnaround year.  In the same year, Citrix had a positive income, released WinFrame, and went public.  From there on, things were looking up.  At the top of this post is a picture from our 1996 Citrix Holiday Party.  It is very obvious that Ed was enjoying the party and that 1996 was a great year.

I want capture my memories of Ed in this blog.  To me, Ed was always someone you could talk with.  He always had time and was a great listener.  He believed everyone was important and he always placed himself at the same level.  His ideas were extremely easy to understand and believe in.  The passion he had for Citrix and business always flowed outwards.  No detail was unworthy of consideration for improvement.

When Ed spoke, people not only understood what he meant, they also were quick to absorb concepts and believe in him.

Most of my memories come from 210 University in Coral Springs.  By the time I joined, Citrix had already been in operation for four years and had suffered some setbacks based on the first Multiuser product.

The original vision of text-based OS/2 apps on Multiuser was tweaked later to include DOS and Windows applications.  This change later became WinView and that was when Citrix first started to take off in 1994.

That was one of the great things about Ed.  He was willing to adapt based on experience.  He was also willing to admit mistakes.  He was a very wise and humble man.

In the time that I knew him at Citrix, I always admired him as a leader.  For me, he was the kind of guy that led by example.  Many years later I would read a book called “Good to Great” and in that book they talk about “Level 5 Leadership”.  Ed seems to fit that profile pretty well.

Being the founder of Citrix, it is easy to call Ed the father of Citrix.  Unlike some other founders, Ed earned this title in every way possible.  Citrix faced a huge battle in 1997 related to licensing Windows NT that almost killed the company.  Fortunately, Ed led a team to negotiate and after several months, the deal was made.  Citrix could have turned out much worse had it not been for the determination he had.

I will miss Ed.  I always thought that I would get to spend more time with him.  Things just did not line up after I left Citrix in 1997.  I was much younger when I first met him in 1993.  I really had no idea how rare he was.  He was always a friend and always a great person to talk with.

He has changed so many lives.  Every life he has touched has in some way been enriched.  After he died, I read messages from http://rememberinged.org.  It is amazing how much influence one person can have.

I feel sad for Nancy.  It was so obvious how much they loved each other.  They seemed to do everything together.  To me, they seemed so young when they were together.  So full of happiness and joy.

So, here is to you Ed, one last time.  I wish I could have been at your funeral.  You were a great man and you left so soon.  Hope to see you again my friend.