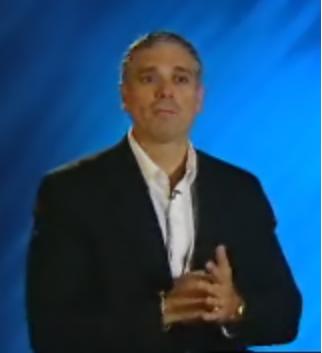 There are a few Citrix videos available on the Internet.  I have not found that many yet but persistence usually pays off.  Just yesterday I found one via Veoh that featured Russ Naples.  I worked with Russ in the old days at Citrix and I would guess that he started not long after me.  He was the original (successful) test manager for Citrix.  Citrix had had some test managers before this but things did not always go that well.  He arrived late 1993.Russ had lots of stories about having worked at General Electric.  He was a no-nonsense kind of guy and was well suited to the work ethic of the younger version of Citrix.  He moved up the ranks over the years to eventually become in charge of the development group of Ft Lauderdale.  I only heard small stories about him after I left America in 1997.

Russ moved on to another company called AcXess.  I didn’t get to talk with him when he left so I do not know exactly what happened.  He left Citrix late 2006.  He left AcXess in 2007.  He is now at Learn.com.

Russ’ video was made to emphasize that Citrix was taking 64-bit computing seriously.   You’ll need Windows Media Player to watch it.

It appears to be produced for WinHEC 2005 and was intended to bridge between Citrix and Microsoft efforts for 64-bit support for AMD and Intel CPUs.  The changes to Citrix software all came true as a product for a special version of Presentation Server 4.0.  By the time 4.5 came around it was already built in.

Russ is a very colorful personality and you can sense some of this from the video.   He believed in pushing the envelope and had a very north eastern (New York) style of looking at the world.  I enjoyed working with him up until I left America.  After that our working relationship was essentially non-existent.  The last time I saw him was at a Technical Interchange in Ft Lauderdale in 2005.  I chatted with him briefly but it was obvious that we lived in two very different worlds.